The wonderful properties of Cedar

Western Red Cedar is quality, beautiful, durable, versatile, easy to use and maintain.

As one of North America’s most durable woods, it lasts for decades and even centuries. Natural resistance to deterioration has long made Western Red Cedar the premier choice for either interior or exterior home use. Cedar fibres contain natural compounds called thujaplicins that act as natural preservatives, making the wood extremely long-lasting. Properly finished, Western Red Cedar will last for decades, even in harsh environments. These compounds also give the wood its distinct aroma.

Western Red Cedar’s large, open cell structure makes it less dense than most other softwoods. This quality makes it easy to move from place to place on the job.

The even grain and relatively consistent density make Western Red Cedar less likely to swell, warp, cup and twist than other soft and hard woods. As a result, it retains a distinguished appearance that lends a mark of quality to any home.

Easy to work with

Low density and consistency make it an ideal wood to cut, saw, nail and glue. Even a handsaw goes through the wood easily.

This means its beauty comes in many hues. Though rich in extractives that enhance durability, Western Red Cedar is free of the pitch and resin found in other softwoods. That makes it ideal for a wide range of finishes. From lightly toned clear solutions to two-coat solid colours,Cedar ranks at the top in its ability to accept and maintain a finish.

As an interior paneling or exterior siding, the low density of Western Red Cedar makes it an acoustical barrier of much greater quality than most products marketed for those applications.

Western Red Cedar wood has excellent dimensional stability because of its low wood density and low shrinkage factor. A major contributor to this stability is the fact that its moisture content at the fibre saturation point is 18 to 23%, compared to 25 to 30% in most Canadian softwoods. As a result, Western Red Cedar shrinks and swells minimally, displaying only small movements with changes in humidity. Lower absorption of water is a result of the high extractive content blocking absorption sites.

This property contributes to Western Red Cedar’s suitability for use in paneling, mouldings and a number of other applications such as saunas where dimensional stability and water repellency is important.

Western Red Cedar has good insulation value because of its low wood density and coarse texture. It is the best insulator among the most common available softwood species and is far superior to brick, concrete and steel.

This property ensures that homes built with Western Red Cedar will be cooler in the heat of summer and warmer in winter as opposed to homes using denser species or man-made products. Western Red Cedar’s ability to dampen vibrations is an important acoustical property which makes it particularly effective as paneling and moulding where it is desirable to reduce or confine noise.

The flame-spread rating of Western Red Cedar is 67 to 73 (Class II rating) and the smoke developed classification is 98. Both of these are used to regulate the use of materials where potential to generate smoke or smoke control movement is important. Due to its low flame-spread rating, it will perform better than most dense softwoods which have flame-spread ratings around 100.

Western Red Cedar has a flame spreading rate and a smoke-developed classification that are considerably below the maximum limits set by most building codes.

The lack of pitch or resinous extractives that are soluble in paint vehicles contributes to Cedar’s good finishing properties. Cedar takes a variety of coatings, paints and stains exceptionally well, particularly when dried and properly primed.

Western Red Cedar is among the easiest timbers to work with because of its straight grain and uniform texture. It planes and sands cleanly and, because of its low wood density, requires little energy to saw or otherwise work. Cedar also glues well with a wide range of adhesives and gluing conditions.

Western Red Cedar (huja plicata) is a species of Thuja, an evergreen coniferous tree in the cypress family Cupressaceae.

It has been introduced to other temperate zones, including western Europe, southern Australia, New Zealand, the eastern United States, and higher elevations of Hawaii. The species is naturalized in Britain.

It is a large tree, ranging up to 70 metres tall and 4 metres in trunk diameter. It is long-lived; some individuals can live well over a thousand years, with the oldest verified being 1,460 years.

The foliage forms flat sprays with scale-like leaves in opposite pairs, with successive pairs at 90° to each other. Strongly aromatic, the scent is reminiscent of pineapple when crushed.

Western Red Cedar has an extensive history of use by the indigenous peoples of the Pacific Northwest Coast – some tribes refer to themselves as “people of the red cedar” because of their extensive dependence on the tree for basic materials. The wood has been used for constructing housing, totem poles, and crafted into many objects, including masks, utensils, boxes, boards, instruments, canoes, vessels, and ceremonial objects. Roots and bark were used for baskets, ropes, clothing, blankets and rings.

The soft red-brown timber has a tight, straight grain and few knots. It is valued for its distinct appearance, aroma, and its high natural resistance to decay, being extensively used for outdoor construction in the form of posts, decking and shingles.

It is also widely used throughout Europe and America for making beehives.

Cedar wood is also used to line closets and chests, as its pungent aromatic oils are believed to discourage moth and carpet beetle larvae, which can damage cloth by eating wool and similar fibres. This is more effective in a properly constructed cedar chest, since the oils are confined by shellac and leather seals. A well-sealed red cedar chest will retain its pungent odour for many decades, sometimes for over a century.

Its light weight, strength and dark warm sound make it a popular choice for guitar soundboards.

Thujaplicin, a chemical substance, is found in mature trees and serves as a natural fungicide, thereby preventing the wood from rotting. This effect lasts around a century even after the tree is felled. However, thujaplicin is only found in older trees. 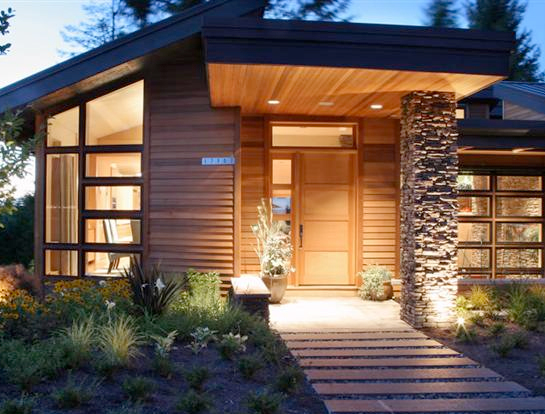 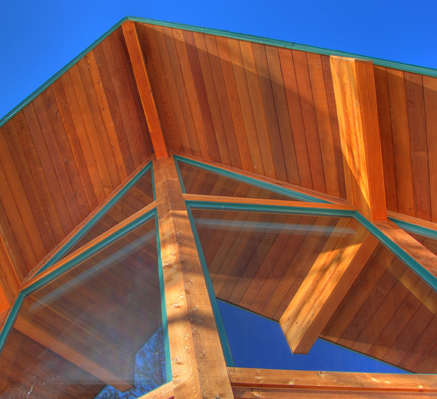 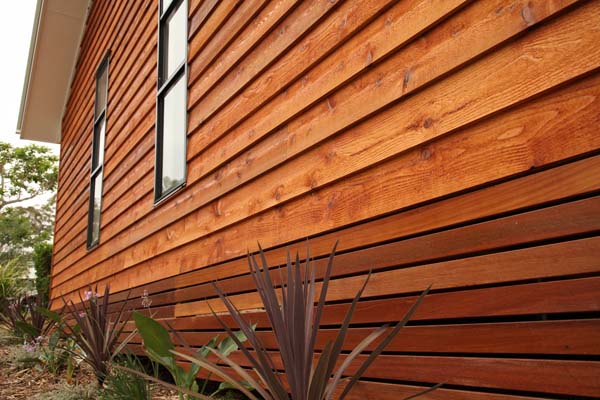 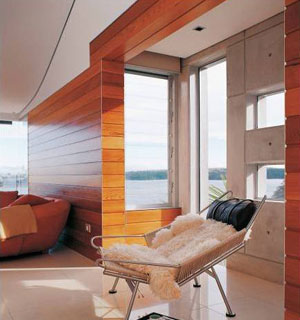